Convolutional Neural Network (CNN) is used to solve a wide range of visual tasks such as image classification, object detection, semantic segmentation, and many more. CNN consists of a series of convolutional layers with non-linear activation functions and some downsampling layers. These CNNs are able to capture hierarchical patterns and produce image representations.

What is Convolution Neural Network?

Convolutional Neural Network (CNN) or ConvNets for short is a class of deep neural networks popularly used for visual data analysis. This visual data can be in the form of images or videos. CNNs are inspired by the mammalian visual cortex. They were developed as a computational model for natural visual perception, similar to the human visual system. The applications of CNN include image classification, object detection, semantic segmentation, medical image analysis, and many more.

A Convolutional Neural Network (CNN) takes an input image, performs a series of operations on it and then classifies it under certain categories (Example: Cat or Dog). The result can vary depending upon the type of problem we are trying to solve. In the case of image classification, we get a label (probability score). In the case of semantic segmentation, we get the segmentation map in which each pixel is labeled with a class label.

The basic architecture of a convolutional neural network (CNN) consists of the following layers:

All these layers are used in some combination to build a convolutional neural network. For an image classification task, the general architecture is as follows:

Feed-forward neural networks are very dense in nature, as they have a lot of trainable parameters (weights), which makes them prone to the problem of overfitting.

The central building block of convolutional neural networks (CNN) is the convolution layer, which enables networks to construct informative features by fusing both spatial and channel-wise information within local receptive fields at each layer.

The convolutional layer consists of the mathematical convolution operation, which takes two inputs, first the image matrix and a small kernel matrix. The kernel slides over the input image and produces the output feature map.

The aim of the convolution operation is to extract high-level features such as edges, lines, curves, etc from the input image. On a broad level, we can say the role of the convolution layer is to reduce the images into a form which is easier to process, without losing the essential features.

The activation layer introduces non-linearity in the neural network. ReLU (Rectified Linear Unit) is the most popularly used activation function in the convolutional neural network. It is used in all the layers except the output layer. The activation function of the output layer depends upon the type of problem we are trying to solve. Like in the case of classification, we use sigmoid for single class and softmax for multiple classes.

The pooling layer is used to reduce the spatial dimensions i.e., height and width of the input feature maps. It helps to reduce the computational resources required to process the features maps by dimensionality reduction.

There are two major types of pooling:

After a series of convolutional, activation, and pooling layers, we flatten the incoming feature maps and feed them as input to the fully connected layers for classification.

The fully connected or dense layers take the flatten input features and the number of output features.

After that we apply an activation function on the output of the fully connected layer, we get a probability score, which is used to determine the label for the input image. 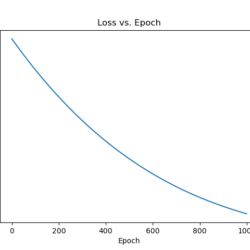